Outlets are one of the most common appliances in any home. No matter how old or new your home is, an outlet is always present. They are used for different purposes, but they work on a common principle – transferring power from a source to an outlet.

One of the most common reasons is when you have an electrical surge or spike that fries out the breaker panel inside your house or apartment building. Outlets will also stop working if they become loose and come off their installation screws.

There are many things that can stop an outlet from working. In some cases, it could be a simple light switch or fuse problem. For other outlets, these problems could be more complicated and require professional help to solve.

Outside Outlet Not Working? Here Are Some Possible Reasons

There are so many things that can go wrong with an outlet, some of them are easy to fix and others can be a little more difficult. Usually when an outlet goes dead, the fix is something simple and you can save the cost of a service call by doing the work yourself.

We’ll show you what’s involved in troubleshooting a dead outlet. This article covers how to start your search for the problem by checking in the most likely places.

Look For A GFCI That Has Been Tripped

If a GFCI trips when connected to a branch circuit, the branch circuit loses power. It is common for electricians to switch outdoor circuits off of a bathroom or laundry room circuit, so the tripped receptacle surprisingly far away could be the cause of your dead outdoor outlet.

It is possible that power was also cut to other outlets and lights as a result of the tripped outlet. By resetting the GFCI, the power will be restored to all of them.

The electrical system in our house developed a problem shortly after we moved in. It was not working with the outlets on outdoor light fixtures and the lights in the bathrooms. Checking GFCI outlets and circuit breakers was something I knew enough about. Unfortunately, I wasn’t able to solve the problem. When I double-checked the main panel, I noticed the GFCI circuit breaker in the corner.

I was ready to start pulling apart the wiring when I noticed the GFCI circuit breaker. GFCI breakers had been installed to protect the outlets outside and in the bathroom. If you have a dead outlet, don’t jump to conclusions. Usually, the fix is much simpler than you think.

If The Outlet Does Not Work, Reset It Or Replace It

It may simply have tripped when you find a GFCI outlet that isn’t working, as the National Electric Code requires all outdoor outlets to be GFCI. The “reset” button should allow you to restore power if this is the case.

A non-working outdoor outlet, which is not a GFCI, may have been damaged by a surge, which may have also tripped a circuit breaker. If you notice black spots around the electrical box, it was likely caused by a surge. When replacing an outlet with a GFCI, make sure you turn the breaker off completely before uncovering the outlet.

Make Sure The Circuit Breakers Are Working

You can find the fuses and circuit breakers in the panel if you open the metal door. There will be a typical main panel and the simple steps you will need to take to reset a tripped breaker. Switching the circuit breakers on and off requires you to turn off your computer.

Look At Other Outlets To See If They’re Dead

Make sure all other outlets, lights, and appliances are not affected before switching on the circuit breakers. Check the power outlets nearby and turn the lights on and off. Test outlets by plugging a lamp into an outlet or using a voltage tester.

Lamps and appliances plugged into dead outlets need to be unplugged. Using masking tape, mark the dead outlets so you can easily locate them after turning the power off.

Push The Breakers To Reset Them

Put the handle on “on” firmly to reset the breakers. They should line up with all other breakers. A tripped circuit is likely caused by either faulty wiring or a problem in something connected to the circuit.

Circuit breakers don’t always show signs of being tripped. Press every breaker in the “off” position if you do not see a tripped breaker. You should then switch them on again.

In the event that the breaker keeps tripping even after it has been reset, there may be a short circuit or ground fault. Switch off the circuit breaker until the problem is found if the breaker won’t reset.

Detailed View Of A Blown Fuse

Fuses that have burned out need to be replaced. If you see glass that has been charred or a filament that is broken, you have a blown fuse. Replacing the blown fuse with one of the same type and amperage will resolve the problem.

Most circuit breakers are tripped when they are temporarily overloaded or short-circuited by a device connected to it. The problem could also be caused by a loose wire in an electrical box in rare cases.

GFCI outlets that aren’t properly protected against the elements will malfunction in a wet location. GFCIs outdoors must be installed in weather-resistant electrical boxes and covered so they are protected from rain and snow.

Make sure to correctly wire a GFCI if you’re doing it yourself. If the GFCI isn’t wired correctly, it will not function as it should. The terminals are not interchangeable like they are on standard outlets. Always have a professional electrician do the wiring if you are in doubt.

What To Look For When A GFCI Is Faulty

A tripped GFCI will not supply power, so your hair dryer or power saw will not operate. If the GFCI was tripped at the start of the circuit, it will shut the circuit off, so all the outlets and lights on the circuit will not work as well.

It’s possible to reset a good GFCI outlet that has tripped rather than a bad one that has blown, but you can’t reset one that’s been power-lost.

Are GFCI Outlets Susceptible To Failure?

As with any type of electrical equipment, GFCI outlets have a lifespan – usually about 15 years – after which they have a chance of failing, so GFCIs in older homes are often suspect.

When too many appliances are plugged into a GFCI receptacle via a plug multiplier, it can fail prematurely, just as loose electrical wiring can cause arcing, overheating, and melting of plastic.

It is possible to damage electrical outlets – not just GFCIs – through overuse or improper use, such as pulling out plugs with force, which weakens the internal clamps and causes a loose connection, resulting in this outlet tripping constantly.

There is also the possibility that a GFCI outlet can go bad due to its location. Moisture can rust or weaken contacts on outdoor outlets if they are continually exposed to it.

Bad GFCI outlets can be caused by something that affects all circuits in the house, like a power surge from a faulty transformer, or by something on the same circuit as the GFCI.

An LED on the lower part of the receptacle indicates whether the outlet is self-testing. As long as the LED is green, the outlet is working. When the LED turns red, the outlet must be replaced.

Most houses are still equipped with manual GFCI outlets without LEDs, even though self-testing GFCI outlets are becoming more common. It’s possible to test any GFCI manually, regardless of whether it’s self-testing or not.

On the back of the outlet, you will see two buttons, and the test button is on the top. It follows that the test button would be the black one if the buttons were color-coded. The red button serves as the reset button.

Electrical outlets can stop working for a number of reasons. There are many things that you should check before concluding that they have stopped working because of your negligence.

One of the primary causes of an outlet not working is if it has been too damaged to use or if there is a short in the wires. Any damage to the wiring will cause this issue and it’s important to take note so you can repair them when possible.

It’s always good practice to check your outlets every once in a while, and make sure that they’re not damaged or out of service. 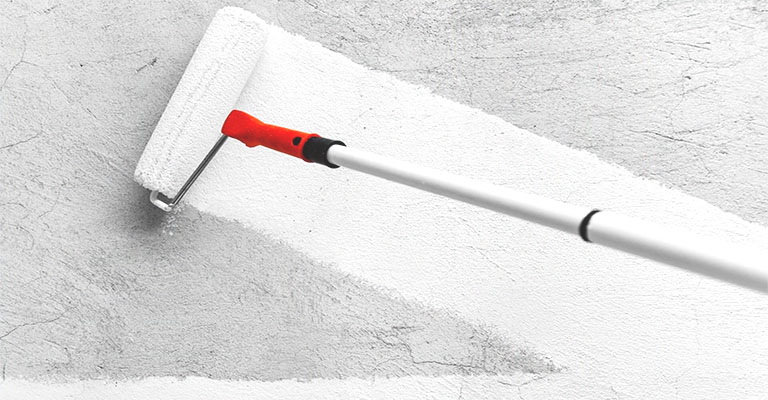